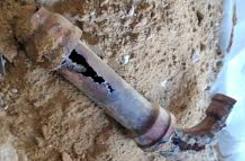 The video above is a recent sewer inspection preformed by Oakland County Home Inspections(OCHI). With each sewer inspection you can expect a quick look around of the basement at the beginning to identify the home. As you will see the pipes start out clear but further along we see roots invading the pipes a little here and there before taking up >50% of the piping. Without awareness and treatment this could later become an unexpected blockage followed by sewage backup potentially causing anywhere from minor to major damage to personal items and the home.

Sewer Inspections can be for the first time home buyer, the person on their fifth home or even the home owner of 30 years. When you're serious about buying a home it can't hurt to be knowledgable about the not so visible conditions and really get to the underlying issues. If you already own the home its often a slow moving or clogged drain. A newly built home doesn't always mean new piping beneath, sometimes when homes are demolished the sewer pipelines are in great shape and left for the new home but 10 years later those pipes aren't quite so young but the since the house is only 10 often times people forget or don't know about the piping below.

Sewer Inspections provide information to (potential/current)homeowners regarding the condition of their pipes,  looking for broken, cracked, clogged or even collapsed piping. Anything that could causing current or future problems down the road. 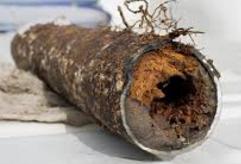 From Slow Flow to No Flow you need to know!

It's important to know what you're responsible for and as Home Inspections are a limited non-invasive evaluation of the condition of a home. Getting a sewer inspection is just one more was to "dig deeper" and reveal some potentially costly problems before making a big investment. And rather than go on the blind word of just any repair person getting a sewer camera inspections means an honest visual of your problem and its severity before paying the big money.

As pictured on your left the sewer pipes below the home as far as the front public sidewalk or street more often than not are the responsibility of the homeowner. Its often in this space that the main issues arise and these pipes are often rarely evaluated and even less often replaced(Clay pipes are only intended to last 50-60 years and was the "go to" piping prior to 1980).

Roots are a common problem with many homes. While we are all about the trees and what's best for the environment theres no denying they tend to be a nuisance sometimes from the leaves in your gutters to the roots in your pipes. This is another home where roots are slowly invading, creating a drainage delay that unchecked will eventually lead to total clog as more debris catches and the roots continue to grow. Being informed is simply one step, but it's the first one. Roots are just one of many potential issues home owners may encounter, knowing makes it all more manageable.

Finally for the question everyone wants the answer to: How much does it cost?

Oakland County Home Inspections Charges $150 No taxes, or hidden fees for Sewer Inspections. You can accompany your inspector during the inspection to ask questions and watch as we evaluate the sewer line. And after the inspection you will have the video sent directly to your email in less than 24 hours. Payment can be made in cash or check. Additional fees apply to all credit card transactions. 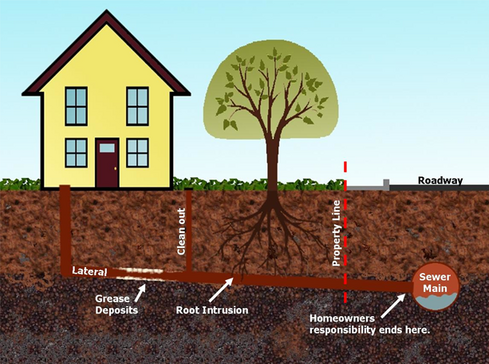 Who Does Sewer Inspections? Often plumbers and occasionally Home Inspectors such as ourselves with a home inspection or all on its own. We offer the convenience of having one less person to schedule during your short and often busy inspection period, and also as an third party for another look. We're there as deliverers of information with no intention of selling you additional unnecessary services. 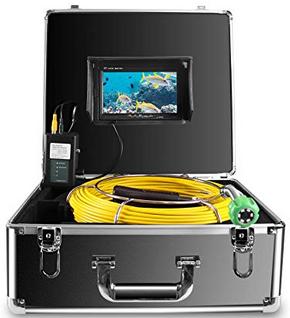 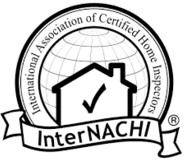 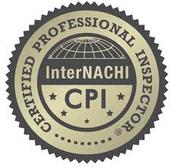